If you have a shop or office space that has a lot of large windows along the front of it, you might want to have window film applied to it. There are a lot of different types of films to choose from, and this article will introduce them to you and explain the benefits each one can offer.

Reflective window film will allow you to see outside from inside your business, but it will look like a mirror from the outside. The fact that it looks like a mirror is what makes it good if you would like to increase your privacy inside your business space. If you have a business where you would like to make your customers feel more comfortable, then this is a good choice.

Dark window film can come in different colors, such as dark brown or dark grey. This film will cut down on the amount of sunlight that comes through, and this not only helps in spaces where the sun can shine in too brightly for comfort but also helps keep the space cooler inside. Dark film can make it harder for people walking by to see inside, but they will be able to if they get close to the windows and look. You will be able to see outside clearly, but things will be a bit darker, almost as if you are looking through sunglasses.

Light window film will help keep the shop cooler in the same way the other films do, but the film will allow people to see inside the shop. This is a good thing if you have a business such as a store where you want customers to be able to see some of what you have to offer.

Colored window film can be found in just about all colors, including yellow, orange, red, pink, purple, blue, green, and more. Like the others, this film also helps reflect the sun to keep temperatures down. It also helps a storefront to stand out from the other ones around it, and this can make the business easier to find and cause people to pay attention to it when they pass by.

Stained glass window film is just like colored window film, but instead of being made of a single color, it includes many colors to create that stained glass look. This film can be good for businesses such as art supply shops or others that revolve around the arts.

Something all these films offer is insulation, which not only also helps maintain a cooler temperature but also helps you to keep the warmer temperature inside when it is cold outside. Think about all the things you want and discuss options with a commercial window film service. 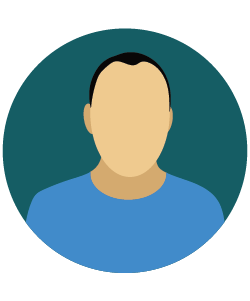 If you need more information on replacement windows, double-hung windows, custom made glass, or window repair, you've come to the right place. Our blog strives to inform our customers about new trends in the glass industry as well as answer questions about tempered glass, pane repair, and even the latest information on high-tech sliding glass doors. After browsing our site, you might learn something new about insulated windows, commercial glass options, glass maintenance, and when you should replace your wooden window sills. We make it our business to always keep our customers well-informed on the latest topics and news pertaining to the glass industry.